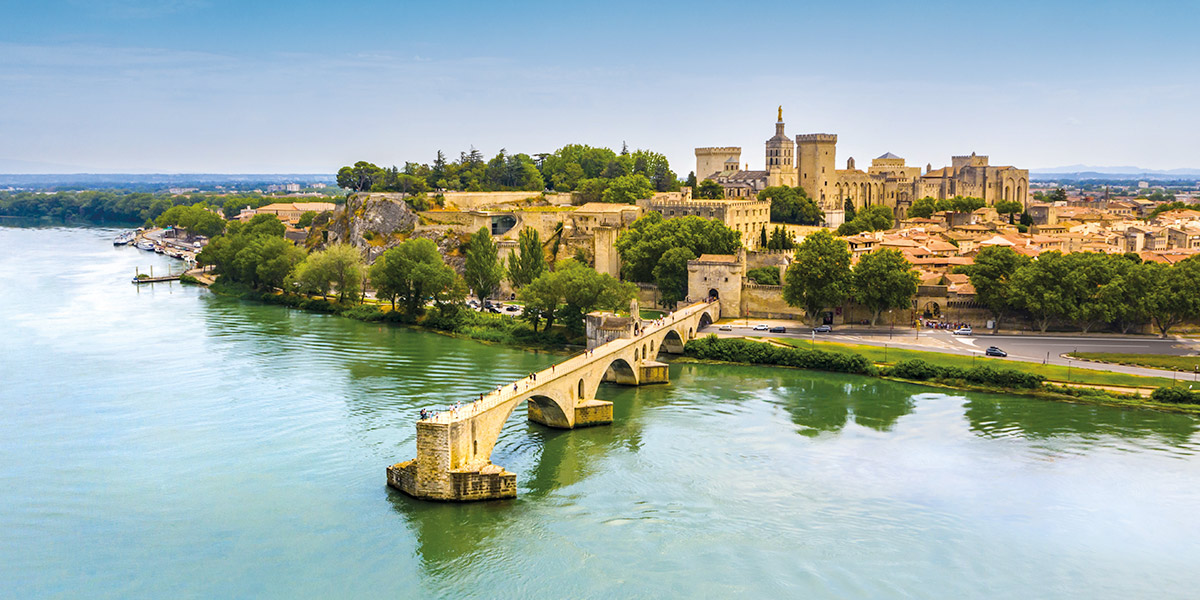 The Avignon Papacy: When a small French town became the centre of the Catholic world

In the rolling hills of France's Provence region, along the banks of the calm and winding Rhône, sits Avignon, a small medieval commune with a truly fascinating history.
From being an important trading hub for ancient Greek seafarers and then the Roman Empire, to its role at the centre of the epic French Revolution, this quaint countryside town has played a part in some of Europe's most significant cultural and historical transformations. Perhaps one of the more surprising moments from the history of Avignon, however, is the sixty eight years it housed the most powerful religious institution in the world, the Roman Catholic Church.
In what's come to be known as the Avignon Papacy, and for a time the 'Babylonian Captivity', this nearly seven decade period marks a noteworthy interruption to the longstanding status quo of the Pope residing within Rome. As a result, and much to the delight of the modern-day traveller, Avignon is now home to wealth of remarkable architectural landmarks and a unique papal history just waiting to be explored.
Are you planning on visiting the South of France, and taking in the cultural wonders that can be found around the region's waterways? To help you get inspired, here is a look into the background of the Avignon Papacy and the exciting landmarks you can look forward to uncovering while sailing along the Rhône.

Why did the Avignon papacy occur?

While the Vatican City is today regarded as centre of Roman Catholicism, for over 1,000 years, until about the late 13th century, the Pope actually resided in the Lateran Palace on the other side of what is now the Italian capital. Generally speaking, the Pope is nowadays only a spiritual figure, overseeing matters related exclusively to the functioning of the Catholic Church. But during the middle-ages, Popes where also legitimate heads-of-states and ruled a considerable amount of lands throughout the Italian Peninsula, known then as the Papal States. Popes of this time exacted both spiritual and secular influence across the political landscape, often making proclamations in their capacity as leader of the Church in order to make diplomatic or economic gains as rulers of their territories.

Ultimately, this incited conflict with other powers and political organizations throughout the continent. Most notably, in 1302, Pope Boniface VIII made an order to excommunicate King Phillip IV of France after the French king denounced a proclamation of 'Papal Supremacy' made by the Vatican. This order of excommunication roused French sympathizers in Italy, who subsequently broke into the Pope's residence and assassinated Boniface. While it seemed like the Papal States were on the brink of war with France, subsequent Popes began to deescalate tensions with Philip, and eventually his own friend, Clement V, was elected as Supreme Pontiff.

This pro-French movement within the Vatican caused distress with the other European powers, especially the monarchs of England and the Holy Roman Empire in Central Europe. More immediately, it led to a fracturing of relations with many leaders throughout Italy and within Rome itself. This diplomatic crisis, coupled with pressure from the King Philip who was seeking more influence over Church, led Pope Clement V to move the administration of both the Church and the Papal States from Rome to Avignon. And so, from 9 March 1309 until 13 January 1377, the Pope officially remained along the banks of the Rhône, and the Catholic Church entered a period of intense Franco influence, with seven subsequent French popes leading a church with a majority of French cardinals. Avignon, of course, would never be the same. 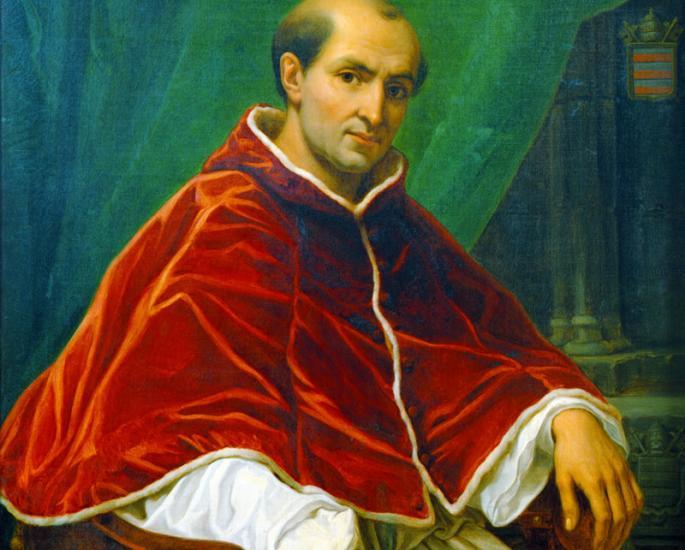 The Avignon Papacy drastically altered the culture and standing of the city, catapulting it from a fairly unknown commune to a political and spiritual centre. After purchasing Avignon, and formally subsuming it into the Papal States, Pope Clement V began establishing a city worthy of the Papal crown. Known for his extravagant tastes and very pro-French attitudes, this first Pope of Avignon created a Papacy which in many ways mirrored King Philip's royal court, both in policy and opulence.
Today, the architecture of Avignon is defined by its time as the Papal Residence. From the high formidable walls which enclose the city to the palaces within it, many of the buildings and fortifications constructed under the direction of the Church are now regarded as some of the most exemplary medieval Gothic architecture to exist anywhere in the world.
[No text in field] 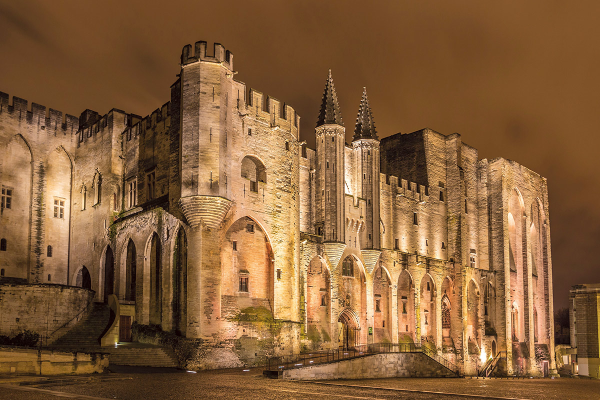 Certainly the most stunning remnant from the Avignon Papacy is the well preserved Palais des Papes, or, Palace of the Popes. Actually two palaces conjoined, this architectural masterpiece is the largest building of its kind in the whole of Europe. Originally constructed in 1252, this impressive compound features the Papal Library, a Grand Chapel, several sprawling courtyards, and of course the Pope's personal chambers. Today, Palais des Papes has been beautifully restored into a historic centre and since 1995 has been designated a UNESCO World Heritage Site for its role in the history and culture of Europe and its architectural significance. Next door to the Palais des Papes, and still in use by the Roman Catholic Church to this day, is the seat of the Archbishop of Avignon, the Avignon Cathedral. Abandoned around the time of the French Revolution, the cathedral has since been restored, and is once again home to a wealth of religious artworks and ornaments, including the ever-impressive golden statue of the Virgin Mary adorning the top of the church's bell tower. Originally constructed during the reign of Pope John XXII between 1318 and 1320, this magnificent building was originally a residence before becoming a fortified citadel and eventually a secondary school. Offering a unique glimpse into Avignon Papacy, it is now known as the Musée du Petit Palais, and is home to a vast collection of artworks and artifacts from the medieval period. Arguably one of the more famous medieval bridges ever constructed, the Pont Saint-Bénézet is a historical marvel that  can be experienced onshore or while sailing along the Rhône which it once spanned. While a wooden bridge was constructed at the same location during the 12th century, a stone bridge like the one today was built around the time of the Avignon Papacy. However, despite its formidable construction, the bridge was consistently damaged or even destroyed over the years that followed. The portion of the bridge which stands today is believed to have been rebuilt by Pope Clement VI, the fourth Avigonese Pope. Along with the Palais des Papes, this rebuilt version of Pont Saint-Bénézet from the middle of the Avignon Papacy era is a UNESCO World Heritage-listed Site

The end of the Avignon Papacy & the Western Schism

Despite being French himself, and having a strong relationship with French monarchy at the time, in 1376, Pope Gregory XI moved the Papacy back to Rome. Like the move to Avignon, the return to the Vatican was largely due to geopolitical motivations—as an effort to secure the valuable Papal-run lands throughout the Italian Peninsula after a fairly devastating conflict between Florence and the Papacy.

After the return to Rome, however, cardinals in the old Papal seat of Avignon still claimed control of the Catholic Church. In what is known as the 'Western Schism', both Avignon and Rome had Popes claiming to be the Supreme Pontiff from 1378 to 1417. Eventually the issue was resolved by Pope John XIII at the Council of Constance and the Papacy was firmly and finally re-established within the walls of the Vatican.

With such an illuminating history, it is no wonder that Avignon has become a favourite for those exploring the waterways of Southeastern France. Taking you right through the heart of its Papal past, an Emerald Cruises river cruise along the Rhône is the perfect way to immerse yourself in this renowned destination.

Follow in the the footsteps of ancient Romans and the great Popes of Avignon while sailing on board our innovative Star-Ship, Emerald Liberté. Custom-built to navigate the region's unique waterways, this floating hotel will be your home away from home as you uncover the South of France. We look forward to welcoming you on board. Bon voyage!