European drinks to try on a river cruise A river cruise through Europe is all about experiencing the culture of many different countries. A great part of this culture is the gastronomy and the various traditional food and drinks on offer.

In the ‘spirit’ of the event, we thought we’d take a look at some of the alcoholic beverages that Europe is famous for to inspire you before your trip, whether you choose to have a drink on board or venture out into local bars.

For Austrians their beverage of choice is Almdudler, a non-alcoholic carbonated drink comprising of grape and apple juice and flavoured with herbs. The drink has been likened to ginger beer or elderflower cordial, and has been described as the ‘national drink of Austria’, with sales only beaten by that of Coca Cola.

If you’re visiting Vienna in September, then be sure to get tickets to the annual Almdudler “Trachtenpaerchen Ball”. With live music, DJs and plenty of other entertainment, it is little wonder that tickets sell out hours within them going on sale. Though just be sure to pack your Dirndl and Lederhosen, dress-up attire is a must! 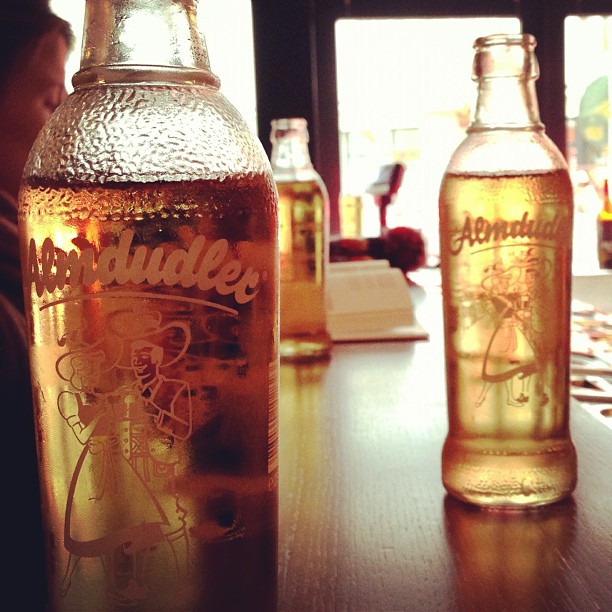 The Czech Republic spice things up a little bit. Becherovka is a herbal bitter produced by Jan Bercher to a secret recipe. Said to have a ginger/cinnamon flavour, it comes with a kick at 38 per cent ABV.

The secret recipe is taken very seriously and while it is understood that it is based on a variety of herbs and spices, even today only two people are said to know the formula and the entire production process.

Not only is the drink popular across the Czech Republic, but you can also visit a museum dedicated to the drink, the Jan Bercher Museum in Karlovy Vary, where it is still produced.

While wine-themed cruises in France may be à la mode at the moment, let us not forget the most iconic of French drinks – absinthe. Known by many as the Green Fairy, or "la fée verte", for its alleged hallucinogenic effects, absinthe actually originated in Switzerland, but found huge popularity in France in the late 19th and early 20th century due to its association with Bohemian culture and famous writers and artists based in Paris.

Absinthe was banned in the early 1900s in the United States, the Netherlands, Belgium, Switzerland, Austria-Hungary and even France for its portrayal as an addictive drug. This was attributed to the small traces of the chemical compound thujone that can be found in the spirit and the ban was not lifted until recently, when America lifted its ban in 2007. The European Union has now permitted the sale of absinthe unless it has been further regulated within individual countries, permitting a maximum thujone level of 35 mg/kg in alcoholic drinks.

Only two original absinthe distilleries survived the ban, one being the historic Distillerie Les Fils d'Emile Pernot in Pontarlier, which is co-owned by Oxygénée, who are also proprietors of the Virtual Absinthe Museum, the centre for historical research on absinthe. Another historic absinthe maker is Pernod Absinthe, which has a rich history that spans over two centuries. 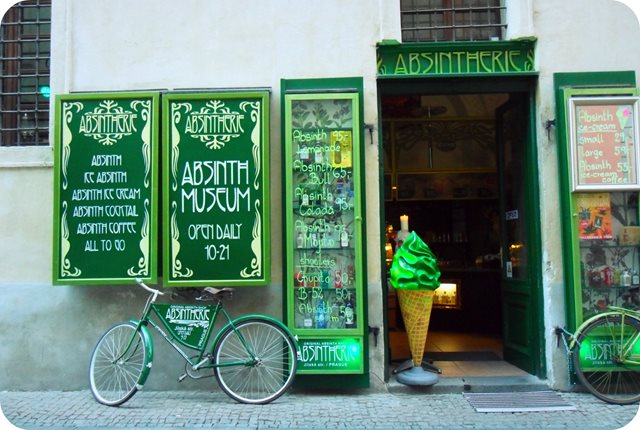 Described as ‘a strong alcoholic drink resembling gin’, schnapps is one of the most popular alcoholic drinks in the world. In German, ‘schnaps’, from which the English ‘schnapps’ comes from, refers to any strong alcoholic drink, but there are many popular drinks in Germany that we would describe as schnapps, with the country using five main fruits to create the drink: apples, pears, plums, cherries and apricots. When looking for schnapps in Germany, look for ‘Obstwasser’ derived from apples and pears, ‘Zwetschgenwasser’ made from plums and ‘Kirschwasser’ from cherries.

Pálinka is one of the oldest alcoholic drinks in Hungarian society and derives from fruit spirits. Protected as a geographical indication of the EU, only fruit spirits mashed, distilled, matured and bottled in Hungary can be called pálinka. You can find various flavours and distilleries of pálinka via the Pálinka Shop, as well as recent news and information surrounding the drink.

Jenever of the Netherlands is widely consider as the birth-drink to gin, so much so that it is referred to as Holland gin or Dutch gin by most of the English-speaking world. As the national alcoholic drink of the Netherlands and Belgium, EU regulations state that only drinks made in these two countries, two French provinces and two German federal states can carry the name Jenever.

Thought to have been invented by a Dutch chemist and alchemist named Sylvius de Bouve in the late 16th century, there is now a whole museum in the Netherlands dedicated to the drink. The Jeneverfestival also celebrates the national drink and hosts cocktail workshops and, of course, Jenever tastings.

Traditional Romanian spirit Ţuică derives from plums and is made through a complex distillation process. Plum trees are found in a high percentage of orchards across Romania, giving plenty of produce for making the high alcohol drink, with around three-quarters of the plums grown in Romanian used for Ţuică production.

Finally, who doesn’t drink vodka and think of Russia? While this is true, and much of today’s vodka is advertised in association with the country to give it an understood authenticity, the spirit’s actual origins are widely unknown. Thought to be first produced at least near Russia, if not inside the country we now know as Russia, in the eighth century, many Russian vodka brands boast a long heritage.

One such brand is the Legend of Kremlin, which is said to have been created by monk Isidore after discovering a long-forgotten manuscript to create the ‘perfect spirit’. Another company that prides itself on creating a superior Russian vodka is Stolichnaya, which was opened by authorities in 1901 to ensure better quality vodka production.

This content was written by Angela Sloan. Please feel free to visit my Google+ Profile to read more stories.