The best things to see and do in Prague

Prague, the capital city of the Czech Republic, is best known for its Old Town Square, with colorful baroque building, Gothic Churches and the most famous medieval Astronomical Clock, which gives an animated hourly show.
While in Prague, discover the lure of the Gothic monasteries, enjoy classical music concerts in one of the Baroque cathedrals or relax in one of the beautiful Renaissance gardens. You will soon agree that Prague is one of the most beautiful historical cities in the world.
Prague has a vibrant local atmosphere where your thirst may be satisfied after a day of exploring.  Beer lovers delight in the many beer bars and can choose from as many as 35 breweries, some dating back decades while others are new to the scene.  If wine is more to your liking, indulge your delights with an easy metro ride from Wenceslaus Square to visit select local wineries.  In the Middle Ages vineyards surrounded Prague, whereas nowadays they are hidden in romantic, out-of-the-way corners, away from the bustle of everyday city life.  Like other towns, Prague has, in recent years, returned to the ancient traditions of wine-making, and vines are once again being cultivated in restored vineyards.

Must see sights
Take to Prague by foot, and you’re bound to unearth 1,000 years of history in the detailing of the buildings, the monuments and the museums. Few cities in the world boast ancient chapels, hidden gardens and cafes as old as time, quite like Prague. As the sun traverses over the city, new tricks of light play off the walls and roofs of the buildings, creating the magical sensation which brings visitors, enchanted by Prague, returning to the city year after year.

And the cuisine of Prague is designed for walking, with rich foods powering you through the streets. The culinary offerings in the city are delicious, filling and satisfying, with thick stews and cured meats taking centre stage, and salads taking more of a back seat. The city is awash with small and modest diners, serving up the authentic Czech fare – all of which, of course, should be washed down with the nation’s favourite tipple.

There are few places in the world where you can simply place a beer mat on the bar table to alert the barman and order yourself a delicious pilsner. Prague is perhaps unique in this phenomenon. The locals here are incredibly proud of their brewing history, with the likes of Urquell, Staropramen and Budvar routinely earning plaudits around the world. But, perhaps even more exciting, is the uprising of small, boutique breweries taking the city’s beer to a whole new level. 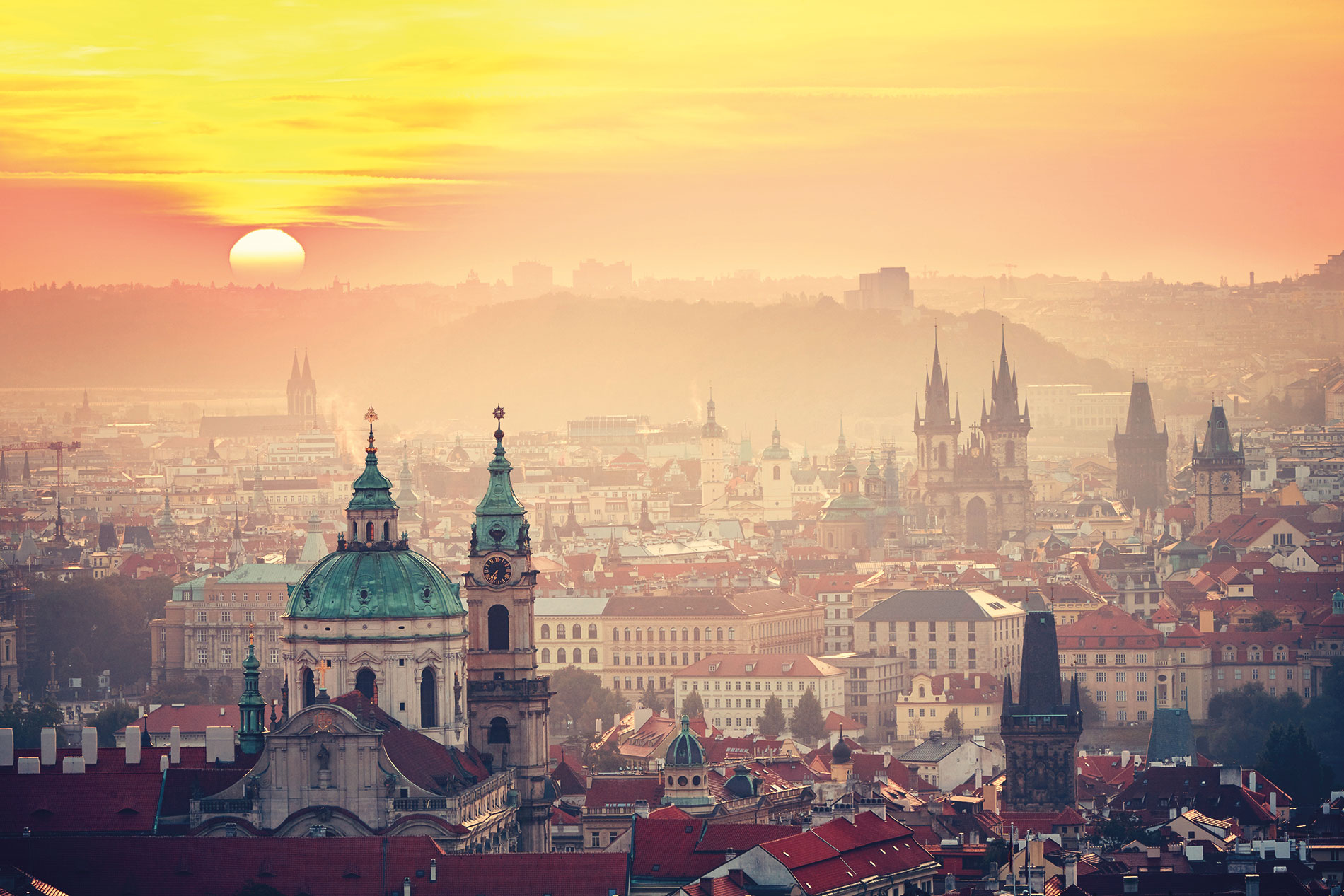 The quarter dates back to the 13th century when it was developed as a ghetto for the Jewish population of the city. Ordered to relocate to this walled part of town, a significant population congregated and developed a small city within the city, and called it Josefov.

Today, the Jewish Quarter contains one of the world’s most complete collections of Jewish artefacts and historical monuments. During the Nazi population of Czechoslovakia, Hitler had ordered for Jewish artefacts to be transported to the Prague Jewish ghetto to form part of his planned Museum of an Extinct Race. Thankfully, history did not play out that way and today the Jewish Quarter stands proud with an amazing collection of museums dedicated to the strength of the Jewish population as well as some of Prague’s very best eateries, galleries and shops.

Prague Castle – Dating back to the 9th century, and the largest ancient castle in the world, Prague Castle dominates the backdrop of the city from almost all angles and views. Still the official residence of the President of the Czech Republic, the castle has previously served as the seat of kings of Bohemia, Holy Roman emperors, and presidents of Czechoslovakia.

The incredible history of the castle is sure to enchant and intrigue visitors in equal measure. Entry to the castle grounds is completely free, although a combi ticket can be bought to gain access to many castle buildings including the St Vitus cathedral, Basilica of St George and Golden Lane. With more than a millennium of history on show, nowhere in the city demonstrates the unique and often turbulent story of Prague as well as its beloved castle.

Charles Bridge – If you are lucky enough to be staying overnight in Prague, head for the Charles Bridge at dusk when the city starts to light up. The twinkling lights either side of the Vltava river, and the impressive Prague Castle in the background are perhaps best viewed from this beautiful old Bridge, which can trace its roots back to the 14th-century.

A total of 30 Baroque statues are perched on the bridge, depicting various saints and patron saints, including St. Luthgard and John of Nepomuk. Inaccessible by motor vehicle, the bridge is beautifully peaceful, and the perfect place to start an evening stroll.

Prague Astronomical Clock – The 15th-century monument is the world’s oldest astronomical clock still in operation today. Mounted on the wall of Old Town Hall in Old Town Square, the clock feels like the very centre of Prague history, and retains a wonderfully old-worldly charm. The clock pitches the position of the Sun and Moon in the sky alongside other astronomical details, and still operates after 606 years in service.

Golden Lane – Prague legend has it that Golden Lane, located within the grounds of the castle, is so called because alchemists took to this ancient street to find a reaction to turn ordinary objects into gold. Although evidence of alchemists achieving any kind of success is purely anecdotal, the street does possess a mysterious charm.

Even if you don’t stumble across the legendary secret of alchemy, the 15th-century street is certainly worth a visit. With 11 charmingly quaint wooden houses, all restored to show how the locals would have lived in the 1600s, the street even boasts tiny museums and textile galleries. For those looking for a little hands-on action, the street is also home to an authentic crossbow shooting range.
Fast facts

An endlessly fascinating city, here are a few of our favourite facts about the capital of the Czech Republic. 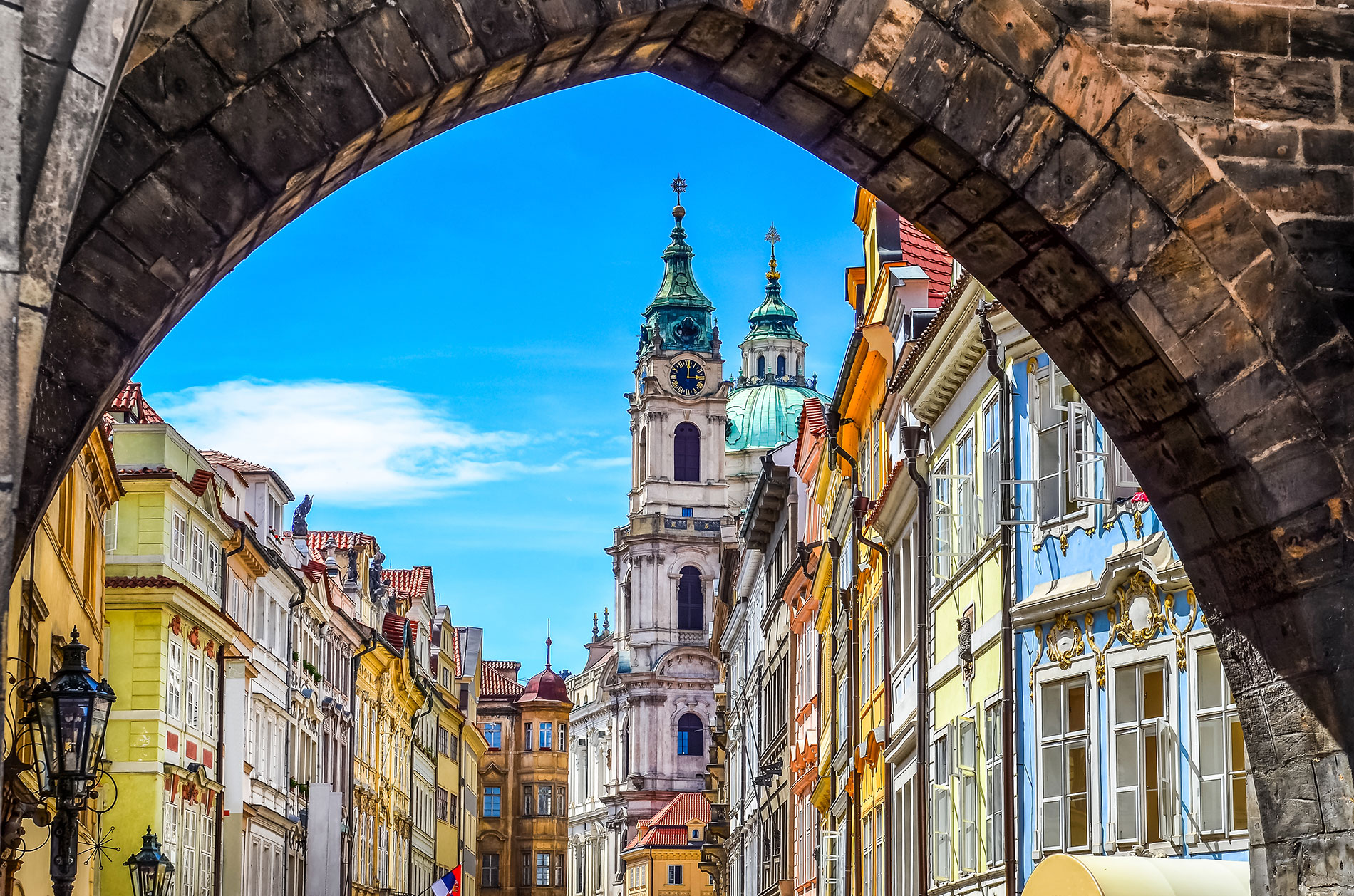