The best things to see and do in Berlin

Diverse, contemporary and artistic, Berlin is one of the great cultural cradles of Europe, a capital city of intense contrast and divisive heritage. From its origins as a pivotal trade route in the 13th century to its harrowing division throughout the Cold War, the city has long been at the forefront of global political and cultural change, staking its claim as one of the world’s most influential and essential cities.
At Emerald Cruises, our Tour Extensions give you the option to explore Berlin before or after an enriching river cruise on the Rhine and Danube. Experience the city’s imperial heritage at Brandenburg Gate, Museum Island and the Reichstag, or trace its Cold War legacy at Checkpoint Charlie and the inimitable Berlin Wall. Remnants of the feared Third Reich can be seen at Hitler’s Bunker, The Topography of Terror, and the Memorial to the Murdered Jews of Europe, while the city’s legacy as an artistic and cultural melting pot is best experienced in the colourful Kreuzberg district.

Journeying to Berlin as part of an upcoming European river cruise? Read our guide for the city’s must-see sights, the hidden gems and culinary delights as well as facts and information to know before your visit.
Must see sights 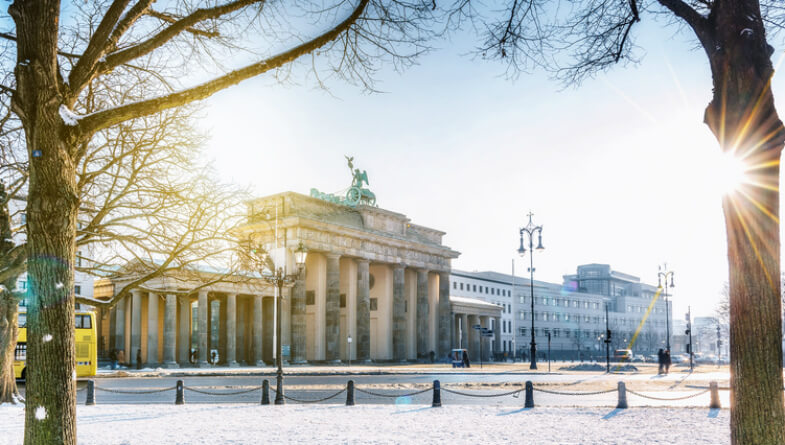 An enduring symbol of Germanic pride and one of Berlin’s most recognisable landmarks; the Brandenburg Gate is an 18th-century neoclassical monument which spans the famous Unter den Linden in the heart of the city, steps from the famous Reichstag Parliament Building. Commissioned by Prussian king Frederick William II, Brandenburg Gate is built on the site of the former City Gate, which formed part of the main thoroughfare into the city during the Margraviate of Brandenburg. It’s here where the first brick of the Berlin Wall was removed after the fall of the Soviet Union in 1989, and since then the landmark has become symbolic of peace and unity across Europe.

Memorial to the Murdered Jews of Europe Standing as a haunting reminder of Germany’s former terror, the Memorial to the Murdered Jews of Europe is a poignant monument paying homage to the victims of The Holocaust. The memorial spans an area of 19,000 square metres close to the Brandenburg Gate, and consists of some 2,711 concrete slabs, arranged in rows and of different sizes. Architect Peter Eisenman, the man behind the memorial, stated in a complementary project report that the design is intended to produce a confusing and uneasy atmosphere, and the idea of an organised system devoid of human reason. Walking through the cold stone slabs is certainly a moving and thought-provoking experience during a sightseeing tour of Mitte.

The East Side Gallery is an open-air gallery in the Friedrichshain-Kreuzberg district of Berlin, consisting of vast murals painted on a 1,300-metre strip of the Berlin Wall. In total, 105 artists from around the world have contributed their art to the Wall, making it the world’s largest open-air art space. Established in 1990, the East Side Gallery is a monument to the fall of the Berlin Wall, and the majority of its works portray a time of change and hope for the future. With three million visitors a year, the gallery is one of the city’s most-visited landmarks, and a must-see for any traveller hoping to learn more about the legacy of the Wall in Berlin. Of the 13 border crossings of the Berlin Wall, Checkpoint Charlie is the most recognisable. It was here, in 1961, that Soviet and American forces entered an armed standoff, with tanks positioned on either side of the border for five days, waiting to attack. Although the standoff ended peacefully, it drew global media attention and saw a spike in Cold War hostility, with Checkpoint Charlie becoming a recognisable landmark of West Berlin. Today, the original border crossing house remains, and is part of the Allied Museum documenting the influence of the West in Germany throughout the Cold War. 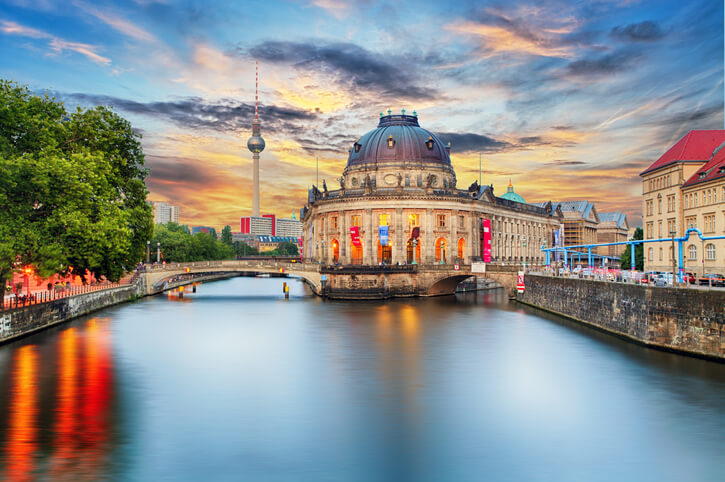 Lovers of history will relish the opportunity to explore the treasures of Museum Island, a small islet of the Spree River that’s home to five world-renowned museums. Recognise by UNESCO on account of its cultural significance, the famous Museuminsel boasts an ensemble of fascinating heritage centres, including the Pergamon Museum, Bode-Museum, New Museum, Old Museum and Old National Gallery. The museums house a huge array of artworks, sculptures and historic artefacts, including the Bust of Nefertiti and the Pergamon Altar, making the site a highlight of any Berlin city tour.
The best of Berlin's food and drink
The German capital has a vast wealth of amazing culinary delights, and a fierce reputation for some of the world’s finest street foods. Here, we profile some of the city’s best food and drink, and where to find them. 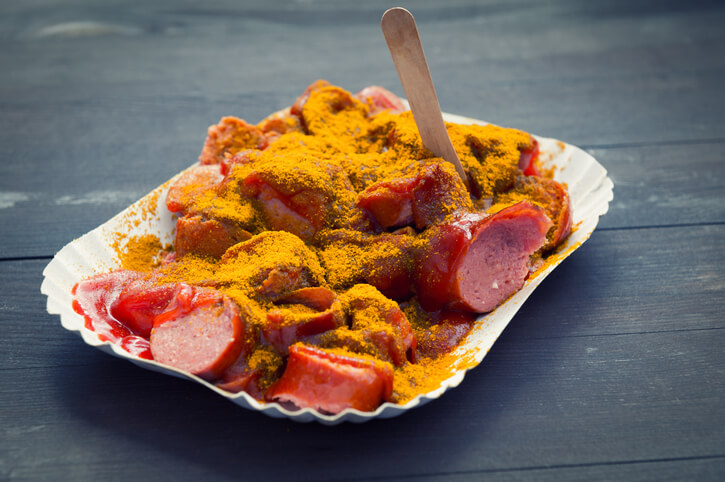 Arguably Berlin’s most famous dish, currywurst is made up of a traditional German sausage, coated in a ketchup and curry powder mixture, and served alone, in a bun or alongside chips or potato salad. Not particularly refined, but absolutely delicious.

Where to find it: Konnopke Imbiss is an old wurst stand that has operated since 1930, and continues to sell authentic, traditional currywurst. Where to find it: Kaufhaus des Westens may primarily be a department store, but its food court is home to one of Berlin’s great culinary secrets: the best wiener schnitzel in the city. Or brezels in the native language, we’d be remiss if we didn’t make mention of these omnipresent savoury snacks. Head to one of the city’s famed bakeries to sample a freshly-baked pretzel, any time of the day.

Where to find them: It’s a tight race amongst the city’s best bakeries, but we’d always opt for Alpenstück Bäckerei – boasting the traditional knotted pretzel alongside a variety of more exotic baked goods. By now, you’ll have noticed that dining in Berlin is a casual affair. However, if you do fancy something a little more refined, Berlin is home to a number of steakhouses providing perfectly-cooked cuts. Our pick would be the temmener queen filet at Grill Royal. The finest filet cuts are skilfully prepared, requiring no sauces or accompaniments, other than a little salt. A favoured haunt of Berlin’s A-list, you’ll have to book to be sure of a seat at Grill Royal. Berlin’s reputation for beer is not without merit, with thousands of bars serving an amazing array of different beers – most notably their much-loved wheat beers. Of the innumerable wheat beers on sale, we’d suggest going for Berliner Kindl Weisse – a delicious cloudy beer with a refreshing finish. The raspberry variation is surprisingly delicious as well, and is quickly growing in popularity

Where to find it: Located by the River Spree, Zollpackhof is a charming beer garden (biergärten to the locals) which boasts wonderful views and an amazing atmosphere. Combined with a huge range of drinks, and Zollpackhof provides the perfect place to while away a few hours.

The German capital brims with culture and heritage at every turn, enriching every day of your visit. Here, we cover some of the essential facts you need to know about Berlin.

Berlin & The Majestic Rhine
Berlin to Basel
Enjoy an enriching two-night city break in Berlin, experiencing the diverse culture of the German capital, before taking the classic passage of the Main, Rhine and Moselle rivers across Germany.
10 day
From (NZD)
$ 4,640
View Cruise